Green-fingered gardeners from Washington Village and Southwick Green are celebrating after picking up a bunch of top awards in this year's Northumbria in Bloom. 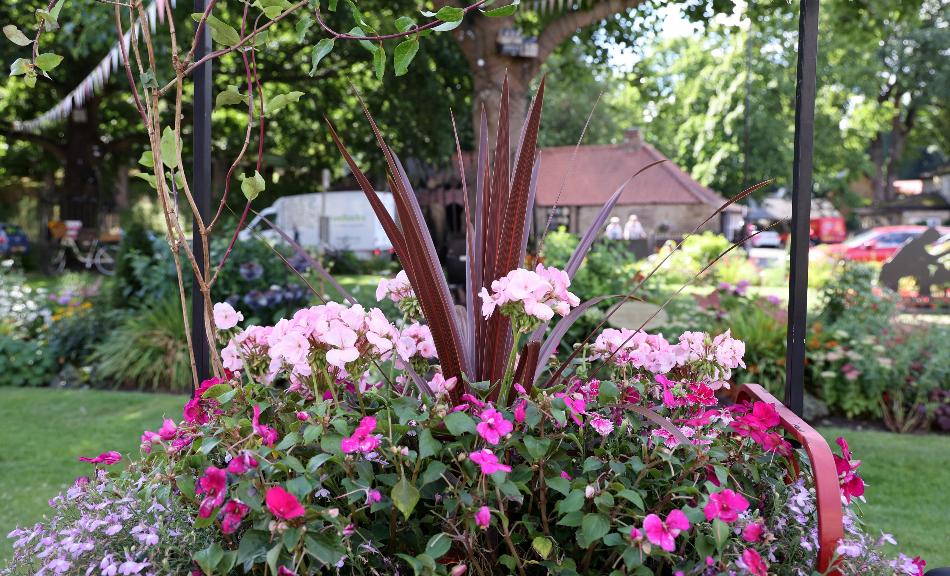 Southwick Green were also worthy winners, scooping an 'Outstanding' award in the 'It's Your Neighbourhood' category of the awards.

The Northumbria in Bloom win comes as Washington Village gets ready to represent the region in the prestigious national Britain in Bloom awards.

Following a visit by Britain in Bloom judges in August, Washington Village will find out on 10 October if it has been successful in fending off competition from other villages from across the UK for the coveted title of Best Village at an awards ceremony at RHS headquarters in London.

Joan Atkinson, Chair of Washington in Bloom, said: "We were absolutely thrilled - the village did amazingly well in the competition, with the Washington Old Hall, The Cross keys Pub, the graveyard area at The Holy Trinity Church and Liberty Green Rockery area all picking up prizes.

"The village was awarded Gold and Best Village in their category and Best Overall Entry for the second year, which is just unbelievable given the competition we were up against.

"We have the most amazing group of volunteers who give their time to keep the flower beds, and containers full of beautiful colour - all of which are purchased and planted by the group."

A team of 18 volunteers have worked tirelessly alongside the City Council, local schools and scouts, businesses and volunteers from Tyne and Wear Fire and Rescue Service and the Princes Trust to keep the village looking its best.

Volunteers from Southwick Green who work with the Southwick Altogether Raising Aspirations project (SARA) are also celebrating for a second year running after winning an 'Outstanding' award in the Northumbria in Bloom awards for their colourful community flowerbeds on The Green at Southwick. Last year they won a  'thriving' award in the same category of the awards.

The SARA project was set up in 2020 with the aim of breathing fresh life into the area. It brings organisations including Sunderland City Council, Northumbria Police, Tyne and Wear Fire and Rescue, Northumbria Violence Reduction Unit, Adult and Children's services, housing, education, and health representatives and the local community together to tackle a range of issues including crime and disorder, mental health, and unemployment.

Cllr Alex Samuels, who is the Councillor Ward Representative for the SARA Project, said: "The volunteers have done a brilliant job planting up bulbs and flowers to keep the community flowerbeds looking amazing all year round. They've really helped brighten the area up and I'm incredibly proud to see them winning an award for a second year running."

Councillor Linda Williams, Cabinet Member for Vibrant City at Sunderland City Council, said: "We have some amazing volunteers in our city who take a real pride in the area where they live and it's brilliant to see them being rewarded for all their hard work.

"They've really done the city proud by doing so well in Northumbria in Bloom for a second year running and they're truly deserving of their success.

"It's also a brilliant example of partnership working in action with volunteers working with council staff to help the city look its best."