Where you can see The Queen's Baton Relay in Sunderland

More details of where and when to see The Birmingham 2022 Queen's Baton Relay have been unveiled ahead of its visit to Sunderland on Thursday 14 July. 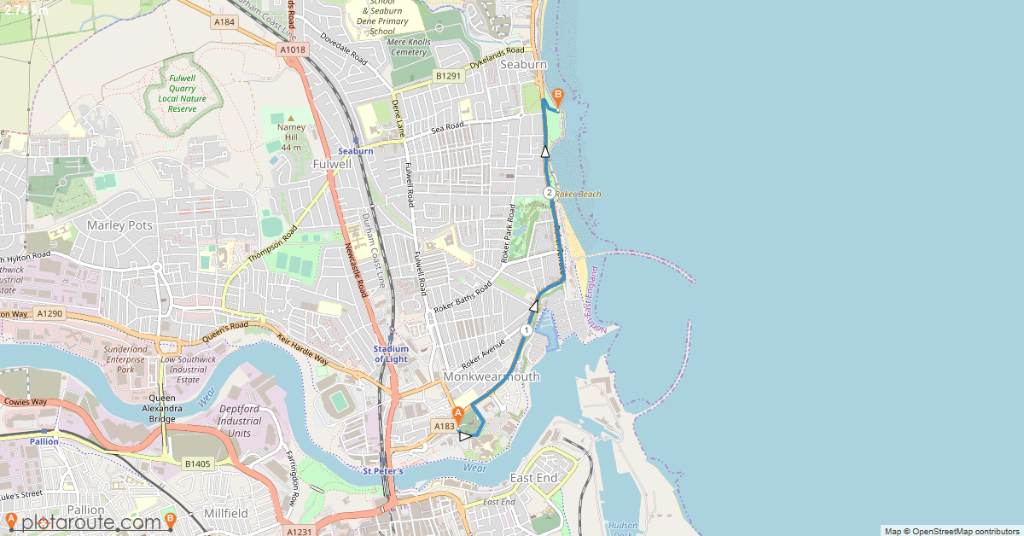 The Queen's Baton is coming to the city as part of a 29 day tour of England on its way to the opening ceremony of the Commonwealth Games in Birmingham on 28 July. This follows an epic journey through 68 Commonwealth countries over 294 days.

Its journey through Sunderland will see the Baton, which carries Her Majesty The Queen's message to the Commonwealth, being carried along the city's spectacular seafront by a succession of inspirational Batonbearers, each nominated by their communities,  before taking pride of place at a free celebration event in Cliffe Park with its beautiful white lighthouse.

The Active Sunderland Summer Family Fun session, which is on from 17.30pm to 19.30pm, will feature a host of free fun activities for families to get involved in.

More than a dozen inspirational Batonbearers, each nominated by their communities will carry the baton an its half hour journey through the streets of Sunderland.

Councillor Graeme Miller, Leader of Sunderland City Council, said: "We're tremendously excited about the Queen's Baton Relay coming to Sunderland on Thursday 14 July. I hope that everyone will turn out to give the Batonbearers a really warm Sunderland welcome as they carry the Baton aloft along our beautiful seafront.

"Each of the Batonbearers has been chosen because of their own inspirational story and background, and the contribution they have made to their local community and for being an inspiration to others. So this is a brilliant opportunity to recognise and thank them for everything they have done and continue to do.

"It's also an opportunity for people to experience some of the buzz and excitement around the Commonweath Games in Birmingham. I'd encourage everyone to come to cheer the Batonbearers on and then enjoy all the activities on offer at the fabulous free celebration event at Cliffe Park."

Melanie Nichols is one of 14 inspirational Batonbearers chosen to carry the Queen's Baton through Sunderland on 14 July. She was described as a 'super star', who 'kept us all going during the lockdowns with food and activity packs and runs sessions 4 times a week for carers and their kids.' by the person who nominated her.

As well as bringing up her four grandchildren from being tiny, amazingly Melanie also managed to find the time to set up and run a support group for other kinship carers and more recently has set up a charity 'More than Grandparents' which supports around 300 kinship carers and their families in the north east. This runs regular peer support and kids clubs among others things from its base in Atheneum Street.

Melanie said: "I was really ecstatic when I heard I'd been chosen to be a Batonbearer but really humbled too. It means all the more to me because it was my kinship carers who nominated me and I'm really looking forward to it."

The Baton will begin its journey through Sunderland at 18.12pm on Thursday 14 July, setting off from the University of Sunderland's Reg Vardy Centre off St Peter's Way before skirting around the historic 1300-year-old St Peter's Church in Monkwearmouth, part of the Anglo-Saxon Wearmouth-Jarrow Monastery that was once home to the Venerable Bede.

It will then pass the National Glass Centre before heading along Sunderland's stunning seafront with its award winning blue flag beaches before ending the day at a celebration event in Cliff Park where it is due to arrive at 18.45 pm and be present until 19.15pm.

As well as lots of fun activities to join in with, time allowing, the celebration event will also include the opportunity for people to have their photo taken with the Baton.

A number of road closures will be in place along the route between 17.30pm and 19.00pm to allow the Queens Baton Relay to travel safely through Sunderland.  For further information visit: https://one.network/