The 'Let's Rock' outdoor music concert at Herrington Country Park on 8 June celebrates the music of the 198O's, with some of headline acts from that era appearing on stage for a family friendly day of entertainment and activities. 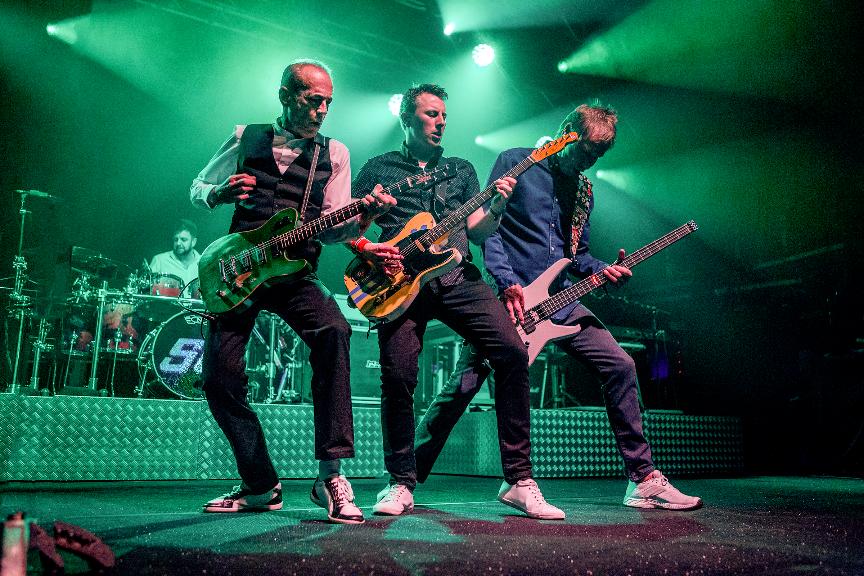 The 'Let's Rock' outdoor music festival celebrating some of the UK's biggest chart hits of the 1980's returns to Sunderland for the second consecutive year, following the success of last year's event which attracted a sell-out crowd of thousands of music fans.

The headline act is Status Quo who have sold tens of millions records across the world, with international stars  Marc Almond, Chesney Hawkes, and Jason Donovan also on the bill along with; Shalamar, Tom Bailey from the Thompson Twins, Kim Appleby, T-Pau, Limahl, From The Jam, Cutting Crew, Betty Boo and a host of other acts appearing as part of 'The Retrobates Party Live' featuring Belouis Some, Owen Paul, Jennie 'Belle Star' Matthias, Sarah Jane Morris of The Communards, Westworld plus Black Lace's Conga Party.

The family friendly event on Saturday 8 June - entry free for under 12s - features VIP Lounges, hospitality areas and a Kids' Kingdom with interactive circus, face painting, inflatable and activities to keep children entertained while their parents enjoy the music.

Sunderland City Council Executive Director of Neighbourhoods, Fiona Brown said:  "We're looking forward to welcoming Let's Rock back to Herrington Country Park this summer after the success of last year's event, which had thousands of people singing and dancing along to the music.

"The award winning park is one of the many great outdoor venues we have across the city, ready to stage fantastic music, sports and cultural activities.

" Live music is part of a packed events programme we have organised here in Sunderland throughout the year for our residents and visitors to enjoy."

Gates open at 10am with the show due to close at 10.30pm. Ticket prices and availability can be found at www.letsrockthenortheast.com

Event organisers for Let's Rock added: "We're really proud of what we've created with 'Let's Rock' and it's such a thrill to work with so many iconic artists.

"What makes Let's Rock truly special is our amazingly loyal and up-for-it audience, and every year we strive to improve their experience. Here's to our best Let's Rock summer yet!"