Legal & General, one of the world's largest investment managers, is backing a city centre masterplan in a £100m deal with the City Council. 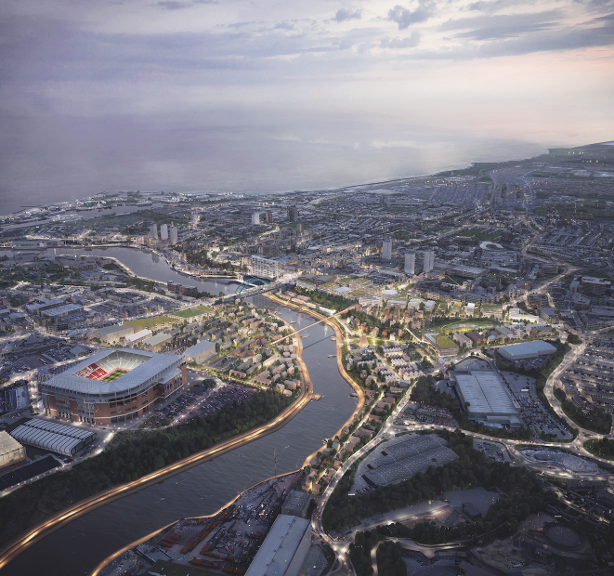 Legal & General has identified the 'vast potential' it has seen in the council's plans for Sunderland as the key driver for its investment and its commitment will act as a catalyst to realise visionary plans for both sides of the Wear.

It is hoped that Legal & General's vote of confidence will accelerate the transformation of the former Vaux site and have a ripple effect into the city centre, creating a more vibrant High Street.

The investment from Legal & General seeks to deliver three new commercial buildings, comprising up to 300,000 sq ft of Grade A office space including the new Sunderland City Hall. Legal & General's investment should act as a catalyst for wider regeneration, driving regional economic growth and job creation within Sunderland.

Nigel Wilson, CEO of Legal & General, said: "Sunderland City Council has drawn up a visionary plan for Sunderland; a city ripe for economic growth, having historically lagged behind its Northern neighbours.

"As seen with our other Future Cities investments in areas such as Oxford, Leeds, Bristol, Newcastle and Cardiff, a long term patient capital injection can completely transform towns and cities. This can have a direct social impact, creating real jobs and supporting real wage increases, whilst creating a virtuous circle by generating income to pay pensioners.

"This is Inclusive Capitalism at its best. We hope our investment today will accelerate regeneration plans for Sunderland, attracting further capital to support the vast potential of this city."

Chief Executive of Sunderland City Council, Patrick Melia, said the investment represented a 'serious vote of confidence' in Sunderland, something that had been secured thanks to the ambition and vision of the council, which now leads on the city's development plans having taken full control of Siglion earlier this year.

He said: "Make no mistake, today's announcement is the single most significant investment story to come out of Sunderland for decades.

"We are absolutely delighted that the vision we have created for this city is attracting the enthusiasm, support and most importantly financial backing of one of the world's most significant investors.

"L&G's backing will allow us to supercharge plans to transform our city centre, creating a magnet destination that will attract more people to live, work and play here. Sunderland has been something of a sleeping giant, but it has awoken, and we're absolutely determined to ensure this city realises every bit of its vast potential."

Council leaders have promised there is more exciting news in the pipeline, as work moves apace on a £1.5bn programme of transformation across Sunderland.

Patrick added: "Today is a huge, huge step forward, but there's more to come. We are absolutely determined to create the healthy, dynamic and vibrant city our residents deserve and want to see, and we will keep building on each success, to transform Sunderland and create a place where people can be proud to live, work and do business."

The news follows a series of positive investment announcements. Ocado announced plans to open a base in Sunderland just weeks after work on THE BEAM had completed, and a second tenant, Penshaw View, has also taken space on the ground floor as it looks forward to expansion. The second phase of work on the development-site has seen work on a new City Hall for Sunderland get underway.

Among other exciting new city centre developments is a 120-room Holiday Inn hotel on Keel Square; a 450-seater auditorium, that is now under construction in the city's Minster Quarter; a new business centre, in the former River Wear Commissioners Building as well as announcements in Seaburn of a STACK development and proposals for a pub with rooms from the Inn Collection Group.